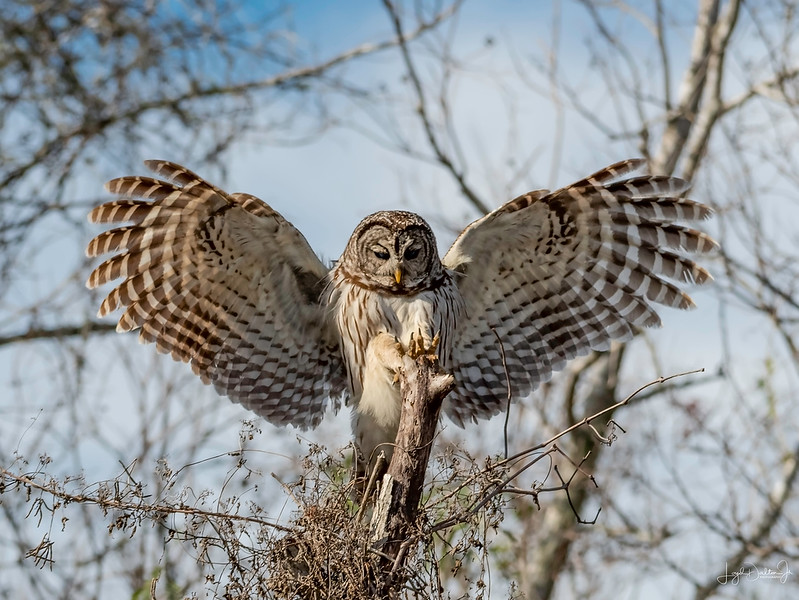 When were taking images of the Barred Owl at San Bernard National Wildlife Refuge last week, he was originally perched on the edge of a small pond by the side of the road. When the paparazzi arrived, he retreated a short distance into the woods. This image captured him flying back to that perch after being in the woods. (best viewed in full screen)